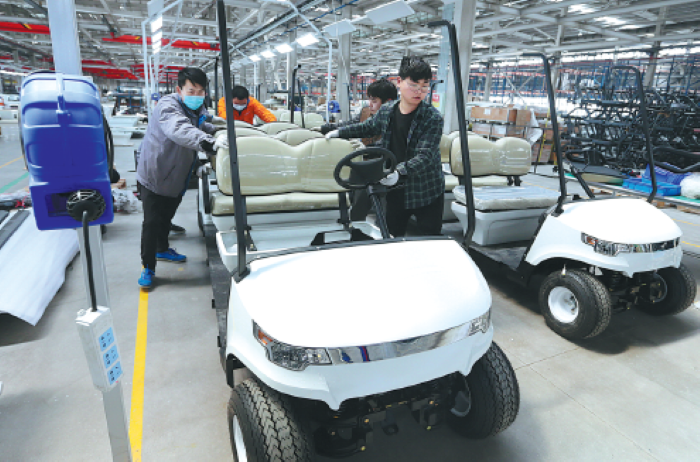 Chinese venture capital and private equity firms are set to play a bigger role as the country accelerates its steps to peak carbon emissions and achieve carbon neutrality while pursuing higher-quality development, according to industry insiders.

"Achieving the goal of carbon neutrality may need trillions of yuan in investment and decades of continuous efforts. During the process, VC and PE firms, which are mostly market-oriented, can give full play to their driving role," said Zhang Lei, founder of global investment firm Hillhouse Capital.

On the other hand, for those companies that have achieved phased results, what they need is not only financial support, but also empowerment in things like business models and strategies, and this is exactly where VCs and PEs like Hillhouse can help, he added.

"Compared to areas with mature technologies and large-scale industrial application scenarios, for companies from the above sectors, their technology is still in the early stage while they still need much financial support from VCs and PEs to gird their continued innovations," Zhang added.

CVSource, an information service provider, said that in the first quarter, combined VC and PE investment into projects related to carbon neutrality in China hit over $4.5 billion, which was much higher than that of other sectors.

President Xi Jinping announced last year that China will peak its carbon dioxide emissions by 2030 and achieve carbon neutrality by 2060.

"This major strategic decision is made based on our sense of responsibility to build a community with a shared future for mankind and our own need to secure sustainable development," Xi said at the Leaders Summit on Climate via video link in April.

Xi added that China has committed to move from carbon peak to carbon neutrality in a much shorter time span than what it might take many developed countries, and "that requires extraordinarily hard efforts from China".

Xi said: "Faced with unprecedented challenges in global environmental governance, the international community needs to come up with unprecedented ambition and action. We need to act with a sense of responsibility and unity, and work together to foster a community of life for man and nature."

Aside from speeding up the building of a clean, low-carbon energy system, China will also prioritize its efforts to peak CO2 emissions in key industrial sectors－including steel, chemicals and cement－by setting specific targets, road maps, action plans and supportive measures.

Zhu Min, chairman of the National Institute of Financial Research at Tsinghua University in Beijing and a former deputy managing director of the International Monetary Fund, said at the Boao Forum last month that the country's commitment to achieve carbon neutrality by 2060 will lead to a restructuring of the economy, and the financial sector may play a big role in such a transition. 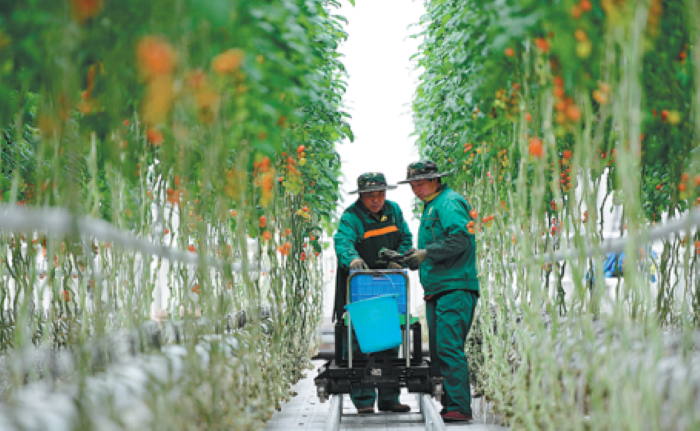 Farmers pick fruit at a modern agricultural demonstration park in Lanzhou, Gansu province, on Dec 8. The park adopts measures such as soilless cultivation and ecological fertilizer treatment to protect the environment and boost low-carbon development. [Photo/XINHUA]

To support companies in the area, Hillhouse Capital set up a special climate change investment team and launched a special green fund, which was the first purely market-oriented investment fund focused on green industries.

"Carbon neutrality is a key topic of this era, and it is also a responsibility that everyone should bear. The essence of Sequoia's work is to discover innovators who create positive value for the society, including those in the field of carbon neutrality," said Neil Shen, founding partner of Sequoia Capital China.

"Sequoia will continue to deepen its investment in the field of green technology and continue to be a responsible investor. We hope to work with more peers to build a zero-carbon future," Shen said.

Industry insiders said that leading economies like the US and European nations have already been at the forefront of green investments. A group of VC and PE firms in Silicon Valley have been investing in clean energy and climate-themed companies for decades.

According to an estimate from the Institute of Climate Change and Sustainable Development of Tsinghua University, new investment of approximately 138 trillion yuan is required to achieve the carbon neutrality transformation path.

Carbon neutrality efforts are expected to attract over 180 trillion yuan of green financial investment globally over the next 30 years, said Ma Jun, director of the Green Finance Commission under the China Society for Finance and Banking.

"Most of these green and low-carbon investments still need to rely on social capital. Therefore, the green financial system aimed at mobilizing and organizing social capital to carry out green investments will play a key role in the process of achieving carbon neutrality," Ma said.